Berlin Process Plus (an) 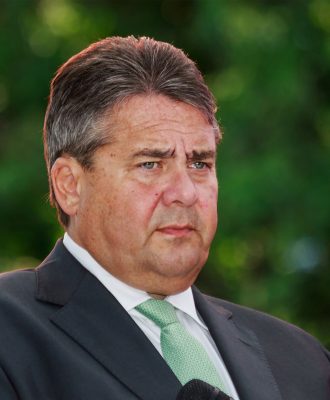 My esteemed fellow Foreign Ministers,
Excellencies,
Ladies and gentlemen,
I am very pleased that you have come here to Berlin!
I would also like to express my sincere gratitude to you, Mr Ambassador, and the Aspen Institute for the hospitality and preparation of this conference.
I am especially pleased to open our discussions today on the Western Balkans together with you, Jacub [Deputy Foreign Minister of the Czech Republic].
Because we stand here today as the representatives of two countries whose parents’ generations still faced each other as bitter enemies.
They became enemies after the peaceful coexistence of our two countries was brutally destroyed by the Nazi policy of expansion and aggression.
Destruction, devastation and forced displacement – all of this left deep and painful scars in the relations between our two countries, the Czech Republic and Germany.
Therefore, we had to rebuild trust and learn again to deal with each other peacefully. This rapprochement required strength, time and also some courage. Because not everybody in the Czech Republic and Germany was in favour of a new beginning after so much violence and hatred.
With the German-Czech Declaration of 1997, we allowed our common history to become fertile ground for a close partnership, and even a friendship. We are now neighbours and friends, closely connected to each other through the European Union.
Today’s conference is another result of the excellent cooperation between the Czech Republic and Germany. This genuine reconciliation between our countries and the very close relations we enjoy today – not only between governments but also between our societies – could perhaps be an inspiration for the Western Balkans, too.
Because when I look at our neighbouring region today, a region which is so important to us, I am concerned about the developments there.
This is why I am convinced: All of us, especially the countries of the region, must work harder for a peaceful, prosperous and European future for the Western Balkans.

Ladies and gentlemen,
Let me therefore share with you which I think are the trends in the Western Balkans that are worrying me. And also what I think we can do to reverse these trends.
Tensions within and between the region’s countries have increased. We see that political divisions within societies contribute to more confrontational regional politics – and vice-versa. The demons of nationalism and of ethnic divisions that seemed to have been overcome already, seem to be re-emerging.
I believe we have to look closely at what is causing these developments.
We then come to the conclusion that the main problems are homegrown. I am talking about reform gridlock, corruption, economic stagnation and political instability. And we see how fears and unresolved traumas are used to divert attention from these problems. These are issues internal to the region.
However, we must also be aware that the Western Balkans region isn’t immune to what is happening in Europe and around the world.
I am concerned that countries from outside the region try to re-establish spheres of influence through old geopolitical thinking. Thereby, they pit neighbours against each another – and also against the European Union!
Of course, it also doesn’t help either when the impression is created that Europe is primarily attending to its own affairs and does not care enough about the Western Balkans!
These factors – which are not rooted in the region, but have an impact on it – weaken the reform dynamic even further. This is only strengthening the forces that are interested in maintaining a bad status quo.
In other words, ladies and gentlemen, something must be done – because the critical developments in the Western Balkans have a direct impact on us in Central Europe.
The positive message here is: The close interdependency also holds true in a positive sense – when things are going well for countries in the Western Balkans, this is also good for the European Union because we need strong partners in the Western Balkans.
Therefore, I am convinced that it is in the interest of the countries of the Western Balkans as well as of the European Union to do everything to jointly adopt the right course again.
And the overall direction is clear since the summit in Thessaloniki, and I would like to reaffirm it: European Union membership for the six countries in the Western Balkans – that’s the goal! Because the accession process and subsequent membership in the European Union are the best ways we can imagine to stabilise the region in the long term.
But an honest analysis also has to include a bitter truth: The prospect of membership in the European Union has lost some of its appeal in recent years in the Western Balkans.
There was always a downturn in enthusiasm for EU accession when the public realised that the process itself is challenging and takes a long time.
There are of course tangible reasons for this trend: The benefits of closer ties with the European Union, as well as the progress already achieved, have so far been barely visible for the populations. On the contrary, many people are primarily confronted with the social hardships that are a consequence of implementing long-needed reforms in the candidate countries.
It is often the elderly and underprivileged who suffer most from this, but also the younger generations. The employment statistics show a clear picture. Youth unemployment is sometimes over 60 percent. This means that young people barely have a chance of finding a suitable job in the domestic labour market.
One of the consequences is that many of those people who have the opportunity “vote with their feet‟ and leave. Young and well-educated people, in particular, are leaving the region in great numbers. This, of course, is the group of people most needed to build thriving economies.