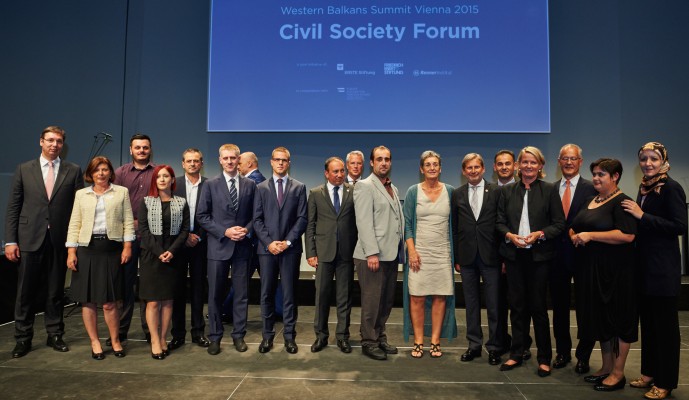 The Western Balkans Summit Vienna 2015 hosted by Austrian President Heinz Fischer, Federal Chancellor Werner Faymann and Minister of Foreign Affairs Sebastian Kurz is a continuation of the “Berlin Process” which was initiated in 2014 by German Chancellor Angela Merkel. For the first time this year, one segment was dedicated to civil society only: The Civil Society Forum gave the chance to its representatives to articulate recommendations, make suggestions and be part of the Western

Balkans Summit as a critical voice at a series which started in Berlin in 2014, and continues in Vienna in 2015 and Paris in 2016.

The main aim of the Summit is to draw attention to Austria’s continued political commitment to the future enlargement of the European Union towards the Western Balkans. At the same time, the Civil Society Forum is a strong signal that the integration process cannot take place without including the civil society sector.

Civil society was represented in the debate by: Ardian Haçkaj, Director of the public policy platform Shtetiweb at the Cooperation and Development Institute, Albania; Meliha Bajramović, Coordinator of Plenum Zenica, Bosnia and Herzegovina; Faik Ispahiu , Director and Executive Producer of the Balkan 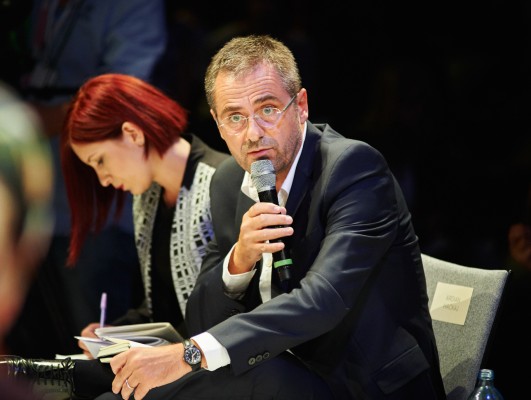 A topic of high concern addressed by the participants in the debate is the importance of regional cooperation in order to master the enormous challenge of welcoming the high number of refugees arriving to both EU and non-EU countries. Only by acting together will European governmental and non-governmental organisations be able to accommodate and integrate those coming to this continent in search of asylum and safety for themselves and their families.

On the day of the summit, 27 August 2015, the concrete proposals of the civil society representatives were presented to the politicians, thereby kicking off a process of prolonged civil society engagement until the next summit in August 2016. These recommendations are the result of three preparatory workshops of the civil society organisations, which took place prior to the Forum, in May and June 2015, in Tirana, Belgrade and Sarajevo.

Media free from influence by governments

Related to the freedom of expression and independent media, civil society asks that public broadcasters and regulatory bodies should be free from direct or indirect government influence. The process of choosing board members of public broadcasters should be transparent, non-partisan and based on professional standards, just as their meetings, which ought to be transparent. The ownership structure of all media outlets should be permanently available to the public in an easy and transparent way and monopolies in media and media distribution should be prevented.

Successful creation of jobs in the whole region, developing prosperity in a common labour market

The countries should develop an active labour market policy, actively involving all actors as co-responsible partners. The focus should be on supporting high, added value production and manufacturing activities, and embedding them into the EU supply chain – rather than on consumption activities – taking into account the economic structure based on nano, small and medium sized enterprises.