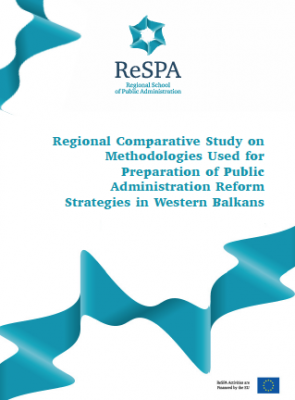 ny countries around the world are still coping with the consequences of the global financial crisis. A great number of measures were implemented to try to sustain the level of public services with shrinking resources. The measures ranged from across-the-board cuts to the downsizing of the civil service. Such innovative solutions increased the efficiency of various operations and systems. In times of financial constraints; efficiency, effectiveness, citizen-orientation, strategic agility and innovative methods of service delivery have become inseparable attributes of public administrations. The search for ´cost effectiveness´ is currently of utmost importance, and is set to remain so in the near future., Furthermore, Public Administration Reform, in particular in transitional countries, plays a significant role in the state building and state strengthening processes. It helps to create democratic institutional architecture which is capable of performing all the functions of the state. It also helps to create a professional public service able to design and deliver public services to citizens. Public Administration Reform has thus become a tool used to inspire change and to make better policies and decisions. Today, its role is even more important than it was previously, because it ensures a platform where modalities for a more efficient service delivery can be discussed and realised. Simultaneously, successful implementation of Public Administration Reform can only be possible if it is properly planned and taken seriously by decision makers, civil servants and wider public. The Regional Comparative Study on Methodologies Used for Preparation of Public Administration Reform Strategies in Western Balkans tries to address these issues by analysing the process of preparation and contents of Public Administration Reform Strategies. ReSPA strongly believes that this Study is a good opportunity for the governments of the Western Balkan countries to reconsider the importance of Public Administration Reform. It is also of further importance that this Study marks the beginning of the structured debates on how to improve the results delivered by public sector institutions. Therefore, with this Study I would like to open the debate on improvements and innovations in the public sector across the countries of the Western Balkan region.